We all have used the famous Paslode IM350 Gas framing nailer at some stage or another. A great gun in its day as it was one of the first cordless framing nailers on the market. Now the guys at DeWalt who have being famous for their yellow signature power drills have launched a new cordless electric framing nailer DC690M2.

The Dewalt electric cordless nail gun is becoming incredibly popular as it does not require gas cartridges. It simply uses a long life Li-On battery and will shoot 50mm to 90mm framing nails or Ring shank nails in hard and soft woods.

We like this tool so we give it a thump up this week! 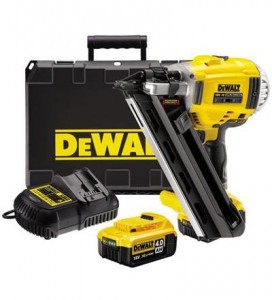